The then Honourable Prime Minister of India Shri Atal Behari Vajpayee had laid the foundation stone of this centre on 9th July 1999. The State government has allotted approximately 8 Hectares of land for setting up of this Auditoria Complex. The Central Government has provided Rupees Twenty Crores for the project and the State Government has also contributed its share. 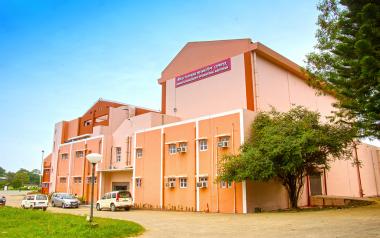